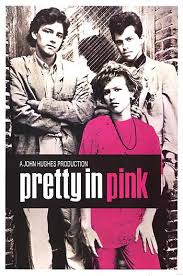 Poor Andie isn't so popular among the other girls in high school.  She tries to be trendy and fashion-forward in her own way, but she's just... well... different.  Her best friends are Iona whom she works with, and her childhood friend, Duckie, who has always, always had a crush on her yet never had the nerve to tell her.  Now that Andie has met a new guy at school, the pressure is on for Duckie to be bold and make a move, but what can he give her that rich, popular and good-looking Blane can't?

Having made its premiere on February 28, 1986, "Pretty In Pink" starred Molly Ringwald (Andie), Jon Cryer (Duckie), Andrew McCarthy (Blane), Annie Potts (Iona), and James Spader (Steff).  Written by John Hughes who also wrote the screenplays for such 80s hits as "National Lampoon's Vacation," "Sixteen Candles," "The Breakfast Club," and "Ferris Bueller's Day Off," "Pretty In Pink" was directed by Howard Deutch which turned out to be his directorial debut at the age of 35.

"Pretty In Pink" was only nominated for one award of which it won: The BMI Film Music Award which went to Michael Gore who also was previously nominated for Grammy's and Golden Globes for the films "Footloose" and "Fame" of which he shared a Golden Globe win for Best Original Song, "Fame" with Dean Pitchford.  The soundtrack to "Pretty In Pink" included such 80s hits as "If You Leave" by Orchestra Manoeuvres in the Dark (or O.M.D.), "Do Wot You Do" by INXS, "Shellshock" by New Order, and, of course, the title track, "Pretty In Pink" by The Psychedelic Furs.

Rated PG-13, it's obvious that the public really liked "Pretty In Pink" as it grossed almost $40.5 million.  That's not surprising since it featured a great soundtrack, and funny yet often times touching story-line, and a decent and talented cast including Molly Ringwald of whom the world had already known from the blockbuster films, "Sixteen Candles" and "The Breakfast Club."

With its tagline, "Blane's a pretty cool guy.  Andie's pretty in pink.  And Duckie's pretty crazy.", here's some more behind-the-scenes info you might not have known...


5.  Charlie Sheen auditioned for the role of Blane.

8.  There are two bands performing in the club that Andie frequents. One is The Rave-Ups, performing "Rave Up/Shut Up" and the other band is The Talkback, which performs the song "Rudy".

9.  The Rave-Ups are the band playing in the club scene. Star Molly Ringwald was apparently a fan of their music and her sister had a child with one of the band members.

10.  "Simon" is played by Dweezil Zappa and there is a sign inside the Trax music store that says "Dweezil" is the Pick of the Week. He was also Molly Ringwald's boyfriend at the time.

11.  "If You Leave," performed by Andy McCluskey, was not the original song Orchestral Manoeuvres in the Dark had composed for this movie.  Their song, "Goddess of Love" was the original composition, but it did not fit when the ending was changed.

12.  When the ending was re-shot, all of the principal actors had to be called back. Andrew McCarthy had already lost a substantial amount of weight and shaved his head for a new role in a New York play called "The Boys of Winter." Although he wore an auburn wig, he's noticeably more gaunt in the re-shot scenes.

13.  The movie is dedicated to Alexa Kenin and Bruce Weintraub. Kenin, who played Jena, was murdered in New York just before the movie was released. Set decorator/production designer Weintraub (who had been Oscar-nominated for "Prizzi's Honor") died of AIDS at age 33.  "Pretty in Pink" was the last movie he worked on before his death.

And now you know.

A sidenote: Jon Cryer was close to my age when this movie came out to the theaters.  I thought he was so cute and adorable!  I think a bit of me still does.

Here are some pictures of scenes from the film... 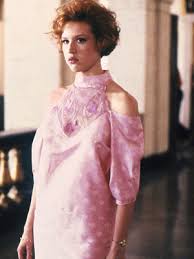 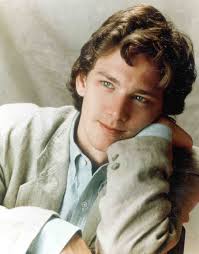 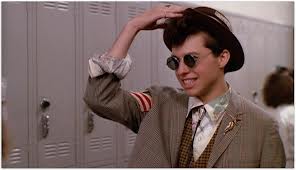 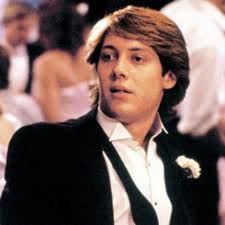 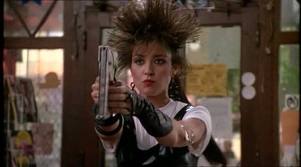 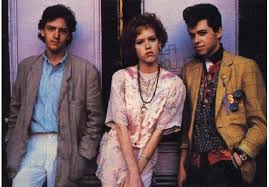 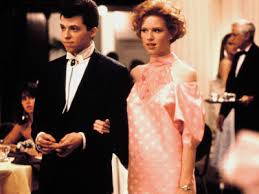 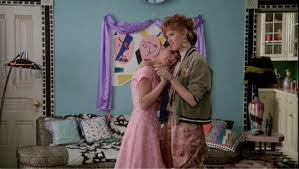 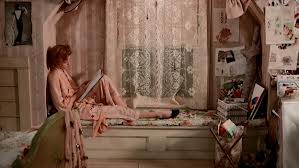 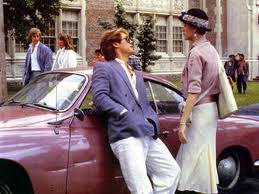 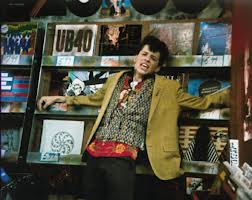 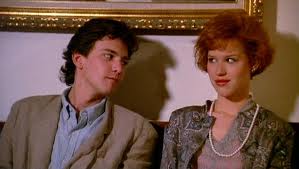 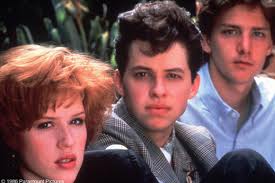 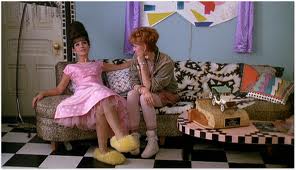 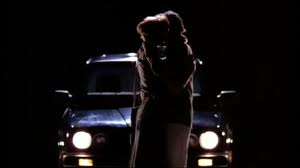